Wukro dismisses the Tigrayan year 2014 with hopes of peace

Wukro dismisses the Tigrayan year 2014 with hopes of peace

Angel Olaran comments that Wukro dismisses the Tigrayan year 2014 with hopes of peace and the demands of Tigray to accept mediation in the conflict in which it is immersed since November 2020 of the Western calendar.

Angel points out at the beginning of his writing the date in which he begins to narrate to put us in context and that is from Friday 9 September of the Western calendar. Before the publication of Angel Olaran’s writing, remember the difference between the Ethiopian calendar, also called the Ge’ez calendar, and the Western one.

Let us remember that 11 September in Ethiopia begins the year and lasts 13 months. Not only is the difference, but the Ethiopian calendar is also seven years and eight months behind the Western calendar. This is because the year of birth of Jesus Christ is calculated differently. When the Catholic Church amended its calculation in AD 500, the Ethiopian Orthodox Church did not. Then, the New Year falls on September 11 in the western calendar, or on September 12 in leap years, at the beginning of spring. In Ethiopia, 12 months have 30 days each and the 13th, the last of the year, has five or six days, depending on whether it is a leap year.

Little festive atmosphere: fighting continues on the fronts. There is talk of an upcoming Kenya-Sudan-South Sudan mediation between Tigray and Ethiopia. It seems that, given the course of events on the fronts, Ethiopia is interested in negotiating peace, Djibouti being the place accepted by both parties. The 15th meeting of the UN Security Council in New York on the issue, as well as the ongoing visit of one of the American leaders, went unnoticed.

For Tigray to accept the mediation, it requires that, as a first step, the banks open their services, that people can freely leave and enter Tigray, that there is access to Internet, telephone, food, fuel…

As we have been informed, we have had no official news on the progress of the conflict for some time now, but the news coming from wounded soldiers or local personnel, everything points to the fact that the winds are in our favor, something we take for sure.

Ángel, before continuing, reminds us of the capabilities of the Tigrians

Since the beginning of the conflict, after a few months of guerrilla warfare, the Tigrians are proving to be more disciplined and better skilled. Between December 2021 and this month they have twice entered Weldya, Lalibela… On this occasion they must have surrounded these populations – no shooting -. On the first occasion, being already close to Addis Ababa, after international talks they decided to return to Tigray, since Addis Ababa was never their military objective. On their return there was not a single shot fired; no one was pursuing them.

As I have mentioned to you on some occasion, the conflict is taking place far from our area. It is about pushing the Eritrean, federal and Amhara armies out of Tigray – the Amhara soldiers belong to 3 different armies: special forces; PP and Fano. They are the second largest ethnic group in Ethiopia after the Oromo.

Today, Saturday New Year’s Eve, the President of Tigray, in his expected greeting to the nation, after expressing his New Year’s wishes, has made little reference to the situation on the various fronts, limiting himself to communicating that the situation remains critical, but we believe that it is hopeful. Nothing more. As I mentioned above, the news coming from other sources are more optimistic, mentioning the thousands of soldiers from the opposing sides, including Eritreans, who are surrendering.

Father Olaran, before going on, makes a note about the second drone attack in Mekelle

The second drone attack in Makelle was aimed at a mechanical transport truck company, where they modify war material seized from the “enemy”. Today I met Abraha, a former teacher of general mechanics at the school, who ended up working in that company. He told me that he was on duty that night and that the bomb exploded about 50 meters from where he was with a group of colleagues. It landed right where two of his colleagues were, and they are still in the hospital. Fortunately, these bombs have nothing to do with those in Ukraine. Continuing with Abraha, who was accompanied by his wife Mulu, our former karate teacher, he brought in his hand a package wrapped in plastic, which was a glass jar, with a little more than a kilo of thick white honey that Mulu brought me as a gift – which assures me the nougat for a few more weeks. (Remember that in a previous post, Angel Olaran writes about the beginning of what could be the ultimate military confrontation).

Last day of the year and New Year’s Day, which coincides with St. John’s Day

Abba Gebre, who, when in Wukro, joins me for meals, today got just over a kilo of fish from an enterprising young man. Between lunch and dinner we ate 6 of them. And we still have another 6 to go. They cost less than 3 euros (130 birr). According to the homely expression: finger-licking good.

And tonight, at half past 8 o’clock, when, together with the 5 night guards of the school, we were finishing with the bonfire of St. John, with jumps and songs included, Regat arrived, with what could be a kilo of minced meat. This morning she went to the hospital in Makelle accompanying an elderly woman who has been hospitalized – she left her accompanied by some of the friends she has in Makelle. In Makelle she managed to buy the meat. Since I arrived here in January, this is the first time we are going to eat meat at home – I’m sure I won’t enjoy it as much as fish – but I’ll make an effort – sorry we had meat on Easter Day. And to finish the scene, Regat brought her usual thermos with subko, which I drink around 11 pm, to which I also add some honey – I manage to depend on it. (New Year’s Day coincides with St. John’s Day. The bonfire has been crowned with a bottle of aniseed which we have offered to the rangers. It didn’t take much effort to convince them that it wouldn’t affect their sleep for the night). 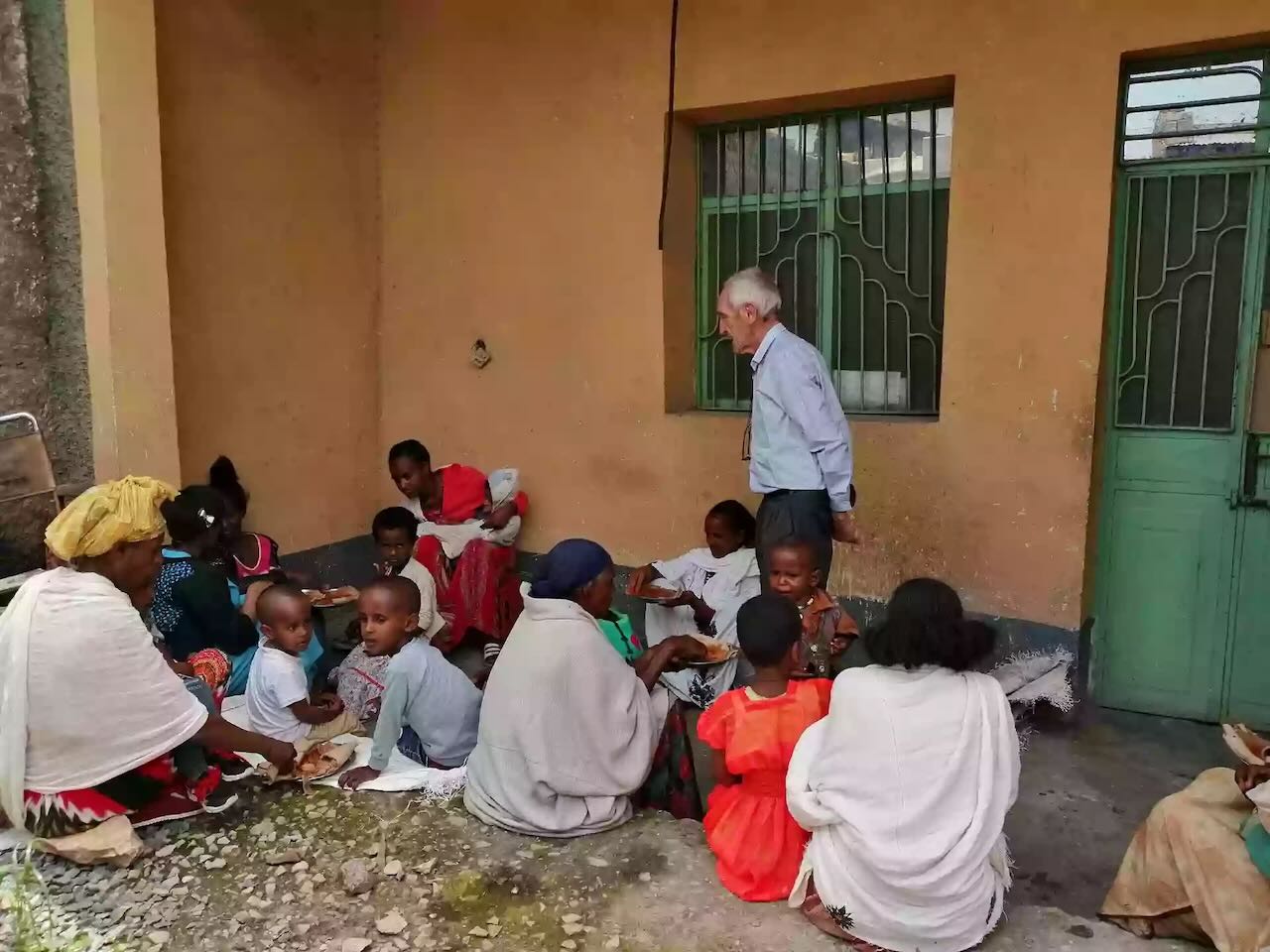 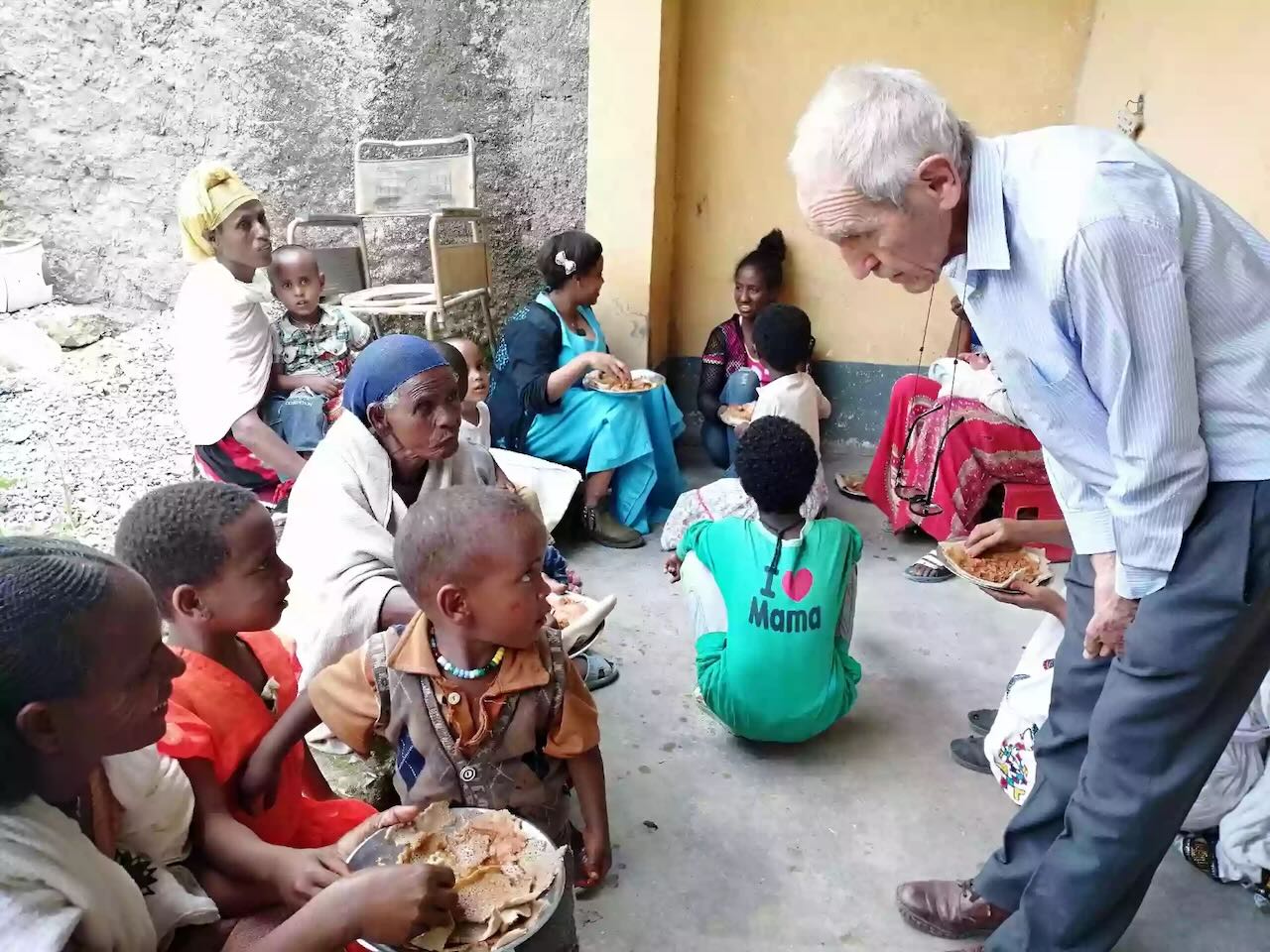 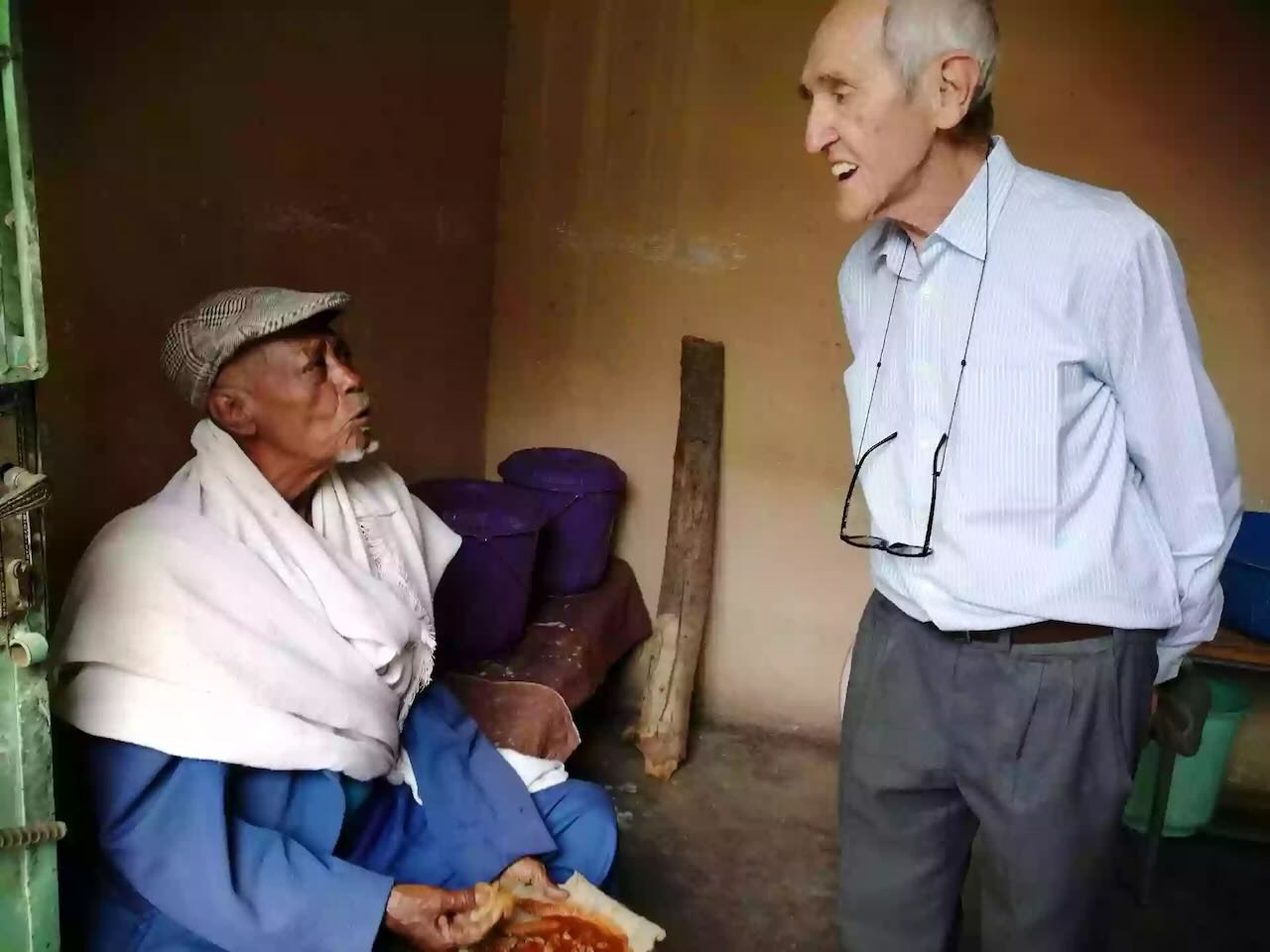 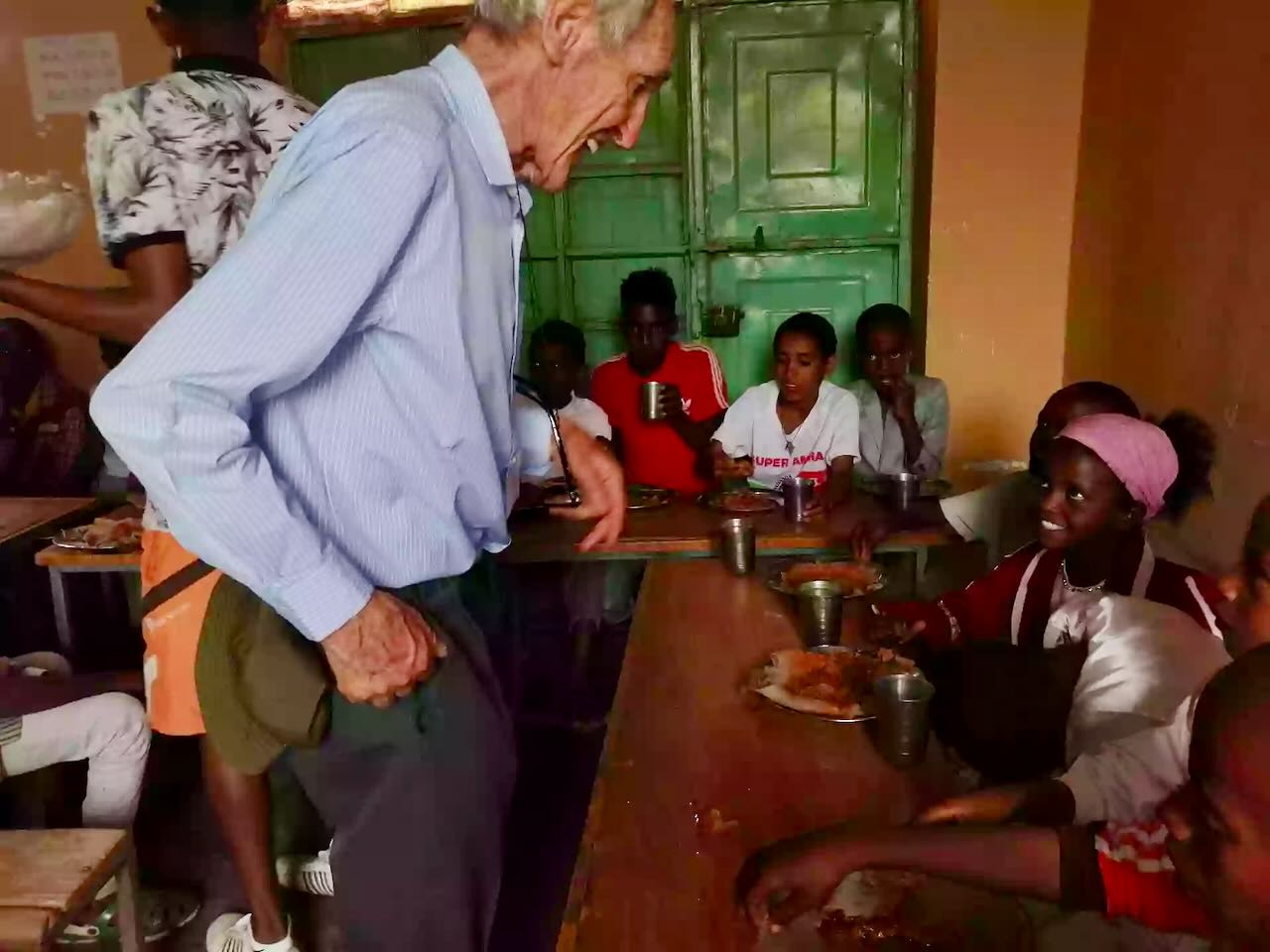 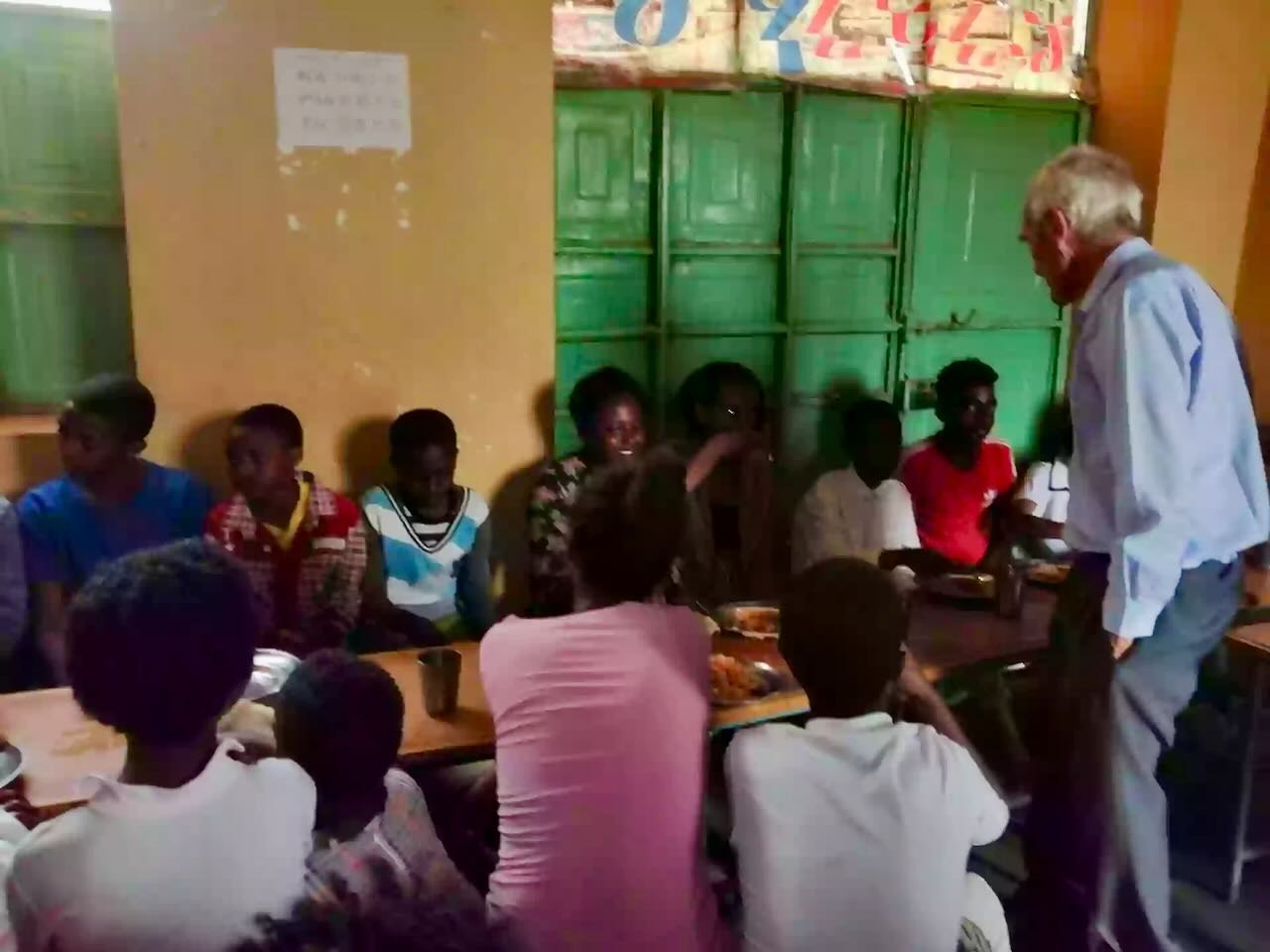 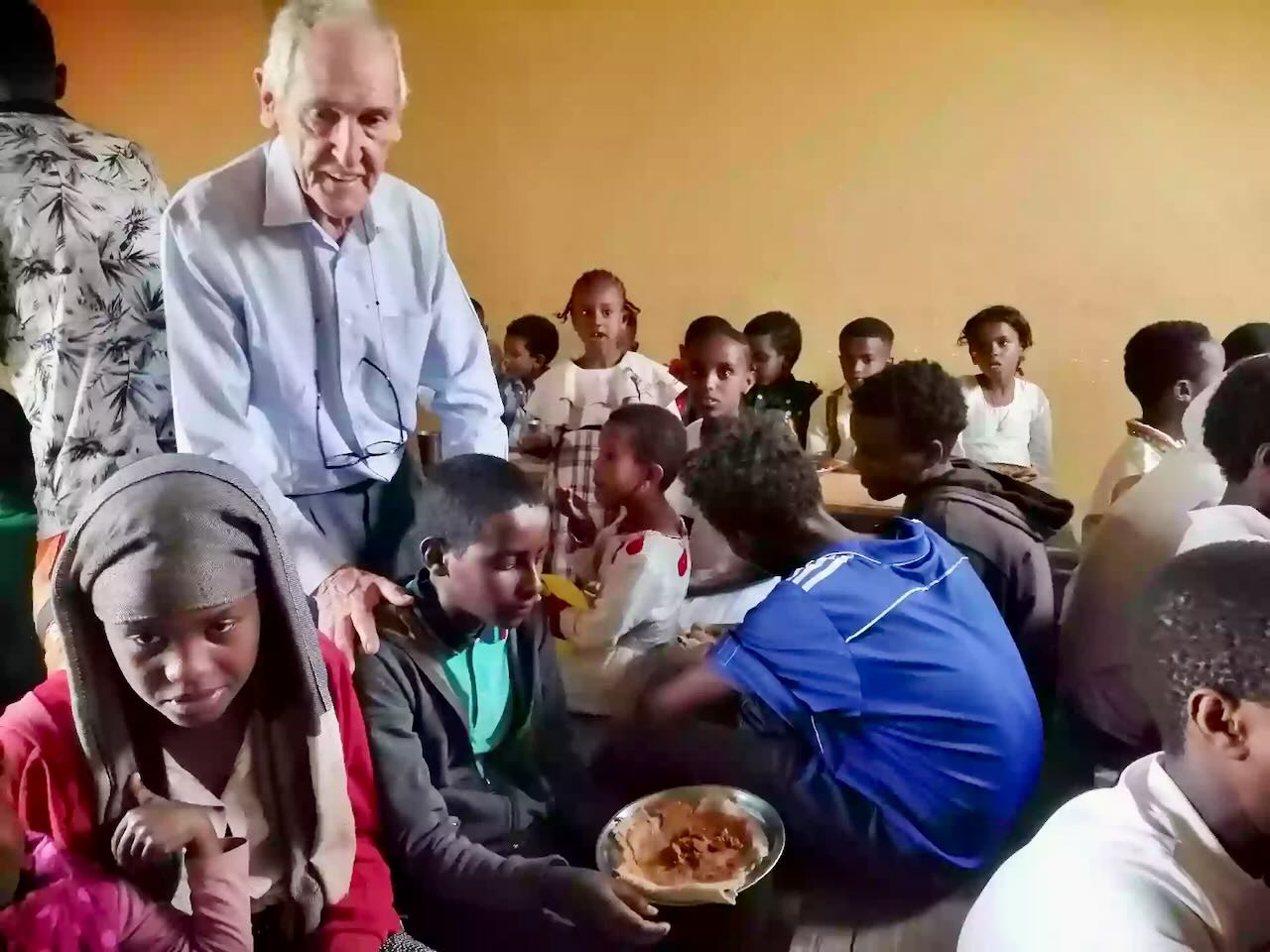 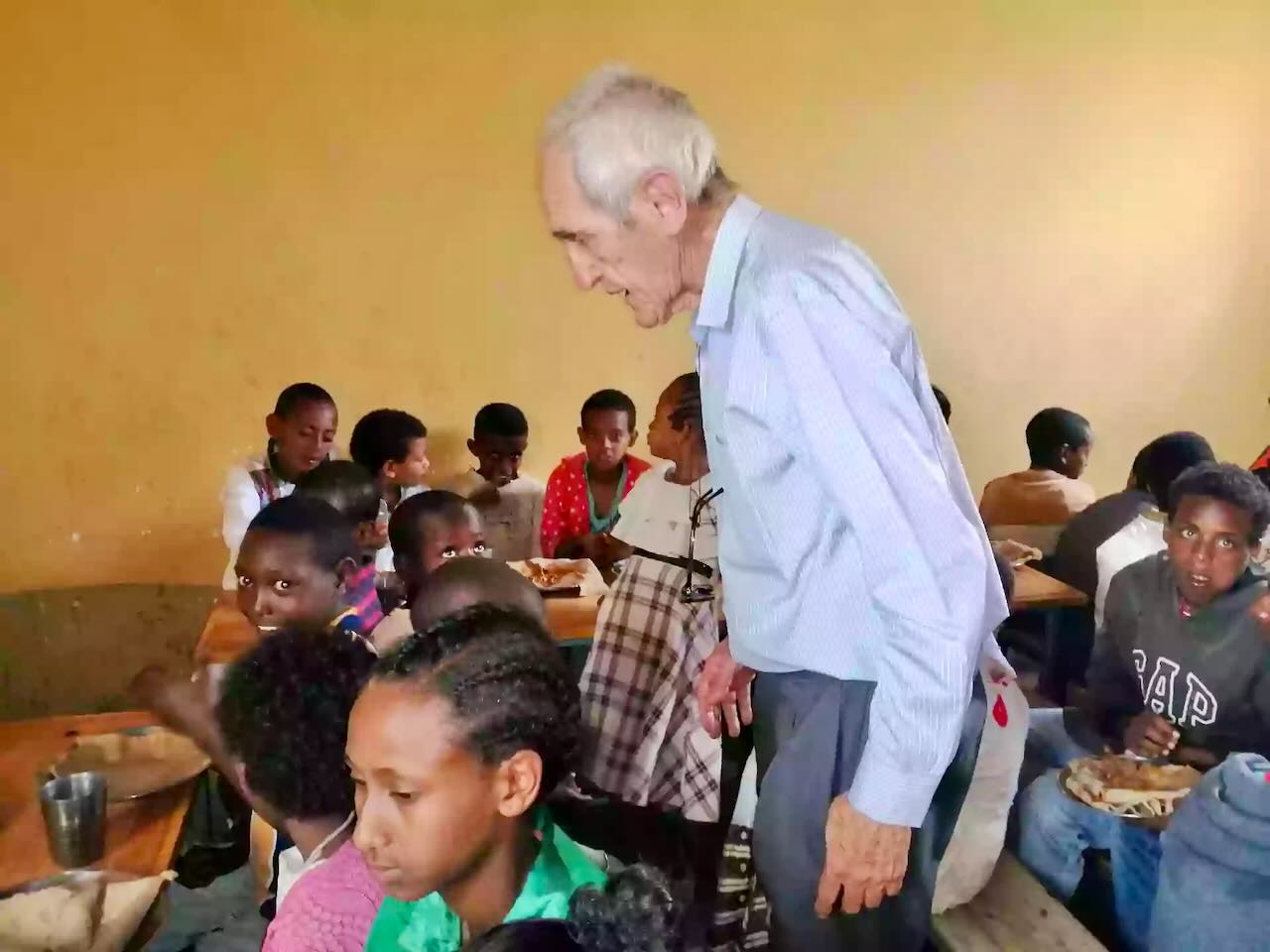 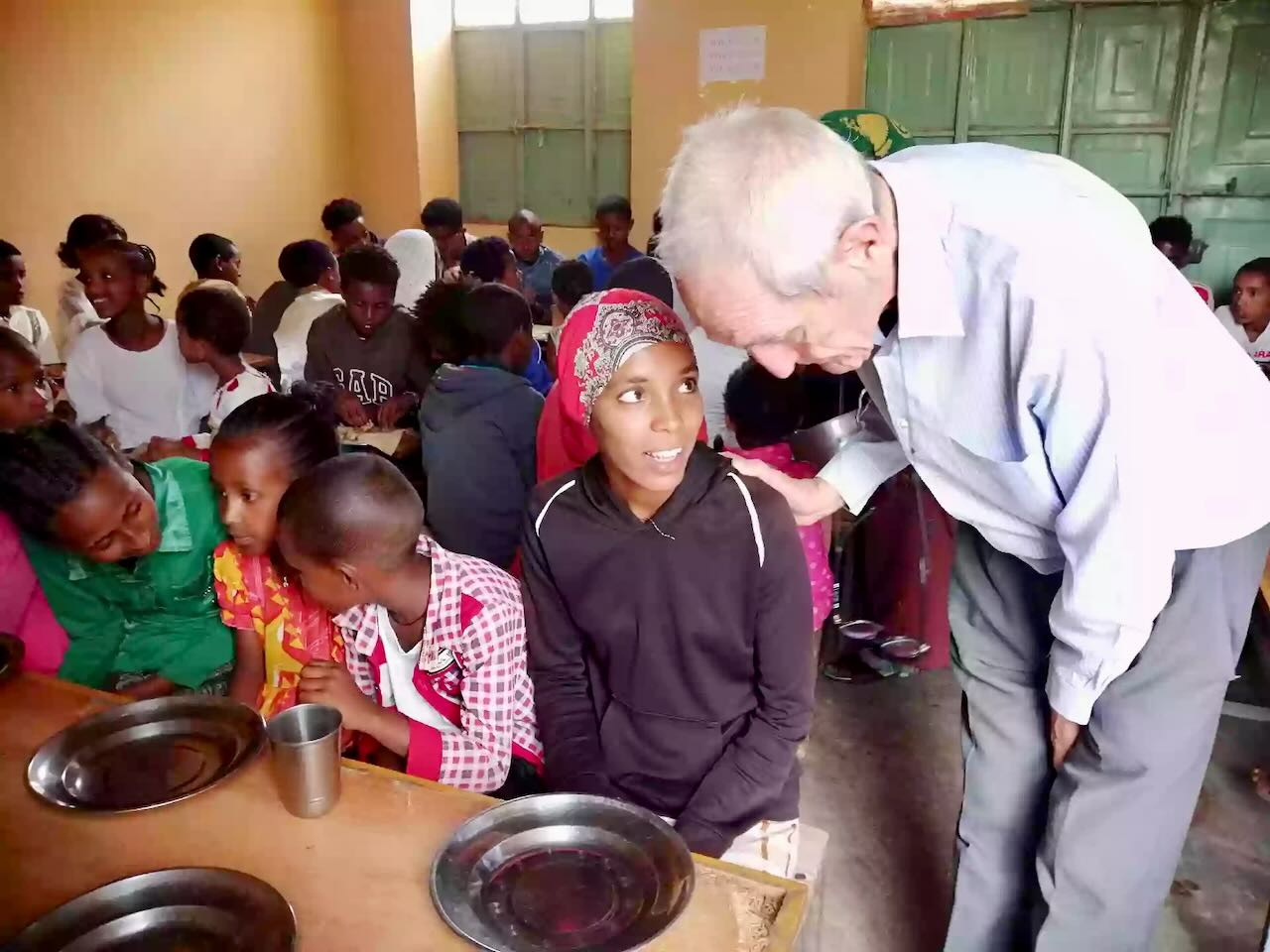 Today already New Year 2015, we have been accompanying about 200 elders at the lunch and dinner offered to them at St. George’s Orthodox Church, as well as about 100 of our orphans and elders at the meal at the WSDP dining hall.
All kinds of candles were welcome, adorned with faith in high places, with faith in low places. With no faith at all, just for the sake of it, for that negotiation in Djibouti to take place. From the outset, it would mean the opening of all those services to which we have not had access for more than a year. People would be able to eat and much, much more… the young people, leaving the front, would return home.

You can read the post Tigray begins New Year with air strikes, which refers to the first days of the year 2015 tigriña, ie from September 11, 2022 of the Western calendar.