“May wishes for health and well-being be accompanied by solidarity”

“May wishes for health and well-being be accompanied by solidarity”

In this publication, Angel Olaran reports the latest news in Tigray and “as life goes on: happy New Year’s Eve and New Year”, and “may the wishes of health and well-being be accompanied by solidarity towards the most abandoned”.

The missionary comments on the arrival of the expected independent international commission for the development of the principles of the peace agreement of early November, the Ethiopian Addis Ababa-Mekelle flights that have already begun to be established, the reestablishment of telephone lines in Tigray and leaves in the air these two questions: “Will someone have to answer why these two years of war have created so much death? What has been the role of our mother international institutions (UN, EU etc.) in this ignored part of the world? 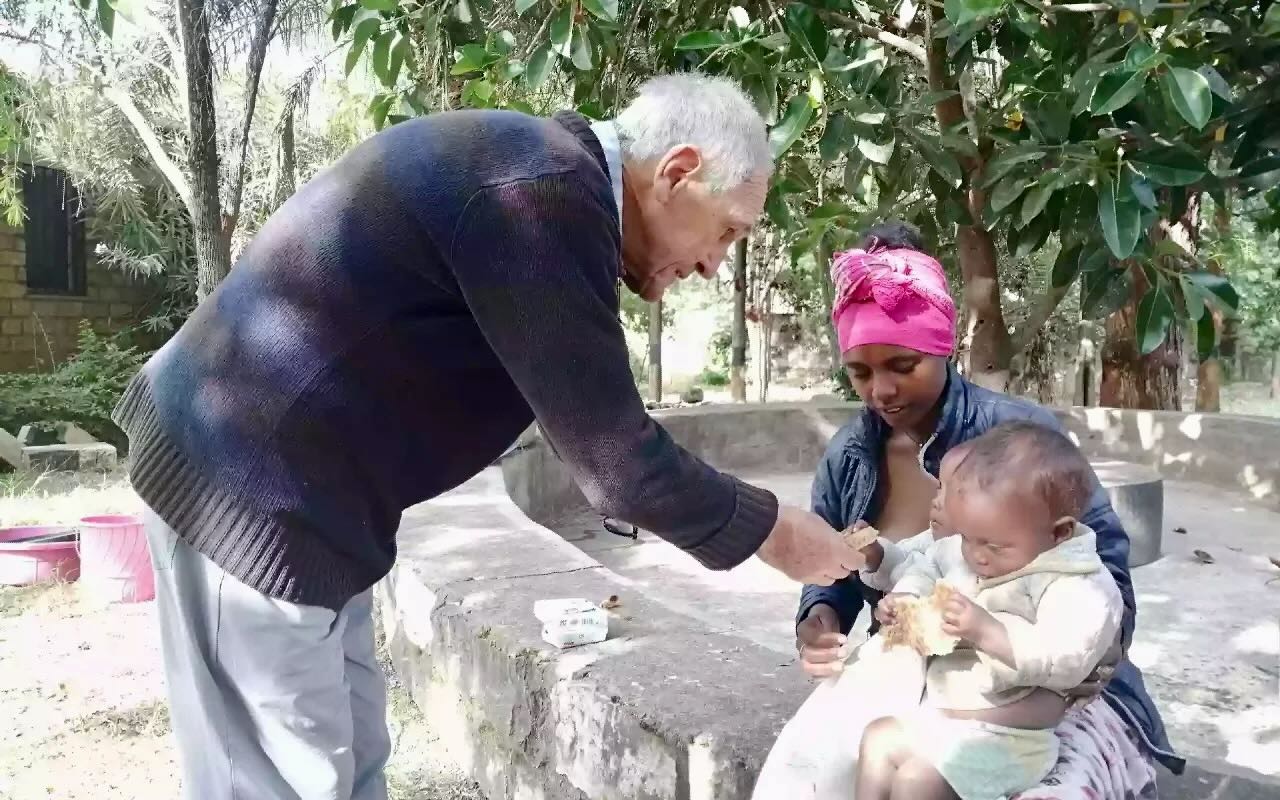 Today, December 29th, the awaited independent international commission appointed to evaluate and advise on the development of the principles approved at the meeting held last November 2nd in South Africa has arrived. Also today, the there was some phone coverages in Mekelle. It is heard that, in a couple of days, it there will be coverage all over Tigray.

Except for the visit for a few hours of an EU commission to Ayder hospital in Makelle, the arrival of the Ethiopian parliamentary group a week ago and this one of the commission today, have been the only visits to Tigray allowed from Addis Ababa for a year and a half. UN Secretary General Antonio Guterrez visited the Ethiopian Prime Minister (PM) a couple of weeks ago – a meeting that must have passed as a courtesy visit: either because, informed of how well everything was going in Ethiopia, Tigray included, as he himself communicated when saying goodbye, he was not interested in coming to Mekelle us, or because he did not get the proper permission from the PM. Last year the Eritrean soldiers killed Maria, a Spaniard, together with 3 other Tigrayan members, all 4 of them serving in Doctors without Borders. About 3 months ago, the President of Doctors Without Borders visited the PM requesting permission to visit their offices in Tigray. Having been denied her request she had to turn back without getting permission to contact Maria’s colleagues, nor get to the scene of the crime. Last week I was greeted by one of Maria’s colleagues, telling me how helpful, close, loving Maria was and that, between them they are preparing a simple posthumous tribute to her.

However, the PM sent two commissions of Ethiopian religious hierarchies to Makelle, which were not well received when they arrived in Tigray. The visit of the first one, in which the president was the Catholic cardinal, did not have the opportunity to leave the airport. It being clear that the reason for the meeting was to ask for political support from the PM, they were received and dispatched at the airport. During the second one, inspired by the same message as the previous one, while those of the Prosperity Party (PP), a party created by the PM, tailor-made for him, were governing Tigray, a group of youths from Wukro organized a barricade with truck wheels to prevent the commission from passing through on its journey to Adigrat. They killed 18 youths, with statements from the Wukro mayor’s office that they should have killed many more. When the mayor of Wukro turned up dead, no one knew anything – a replica of “Fuenteovejuna . . .” Officially his death went unnoticed – no comment was heard from PP. *

Worthy of comment: yesterday, December 28, the first commercial flight, Addis Ababa-Makelle of Ethiopian Airlines landed. All the passengers were Tigrians who had been unable to enter Tigray or communicate with their families for a year and a half. It was known that this flight was about to arrive, but the travelers did not have the opportunity to communicate with their families beforehand, since the telephones were still not working, an occasion taken advantage of by the local television to wait for them during the landing and to accompany some of them to their homes, showing the uncertainty, almost, almost fright, the tears, the reactions of each other in this meeting as unexpected as desired. In addition, yesterday was the feast of the Archangel Gabriel, an intimate family celebration.

In today’s news, it was reported that there are already about 30,000 Tigrinyans who will be flying from Addis to Makelle and 23,000 from Makelle to Addis. The PM has announced that the number of daily flights will be in proportion to demand. Demand is assured. It is to be imagined that the airlines will not be willing to lose this service, if only for economic reasons.

It is to be expected that all other services, starting with food and banking, will follow. There are people who have not received any food aid in a year and a half – like us, who have been able to eat these last two years, thanks to the credits, in money or in food that Regat has been getting; others have been able to receive it 3 occasions. . . All in all, the aid is reduced to 15 kg of wheat per person, to which we sometimes add the oil content of a bottle of Fanta or beer, and between 2 and 5 kg of a cereal to make the mash to accompany the injera. For hygiene, we only have water, which is also very rationed.

Although at reduced levels, during the last 2 months we are receiving food from some NGOs and the possibility of receiving in birrs the equivalent of what is sent to us in euros.

“Everything but the war”

The atmosphere in the population is still very positive. Although the “everything but the war” is very clear, there are still in the air experiences related to genocide, rape, material and moral damages, deaths due to lack of food and the most basic medication, deaths due to lack of electricity in hospitals for more than a year, only due to political reasons … . It is clear that there have been no social, political or economic changes to facilitate the decision taken these days: it could have been taken even before the war started. Will someone have to answer for the reason of these two years of war creating so much death? What has been the role of our mother international institutions (UN, EU etc.)  in this ignored part of the globe?

In all the speeches of the participants in the first protocol meeting of the independent commission, everything was joyful, congratulatory, congratulatory: how well we have done! There was no mention of so many dead, not even out of respect or affection.

There remains the evaluation of the commission to repair what was not mentioned and more.

At 10 pm my room is 17º. Outside at 11º, and 7º at 4 am. In the houses there is no feeling of cold. The days are always sunny, where a sweater doesn’t bother. Thank goodness that your cold there is not part of our natural environment.

And as life goes on: Happy New Year’s Eve and Happy New Year. And may much of the well-being and health that, again also on this occasion we are wishing everywhere, be accompanied by a feeling of solidarity towards the most neglected.

May God bless us.